4 P’s that help in shaping the SDG’s - People

The SDGs declare the world’s determination “to end poverty and hunger, in all their forms and dimensions, and to ensure that all human beings can fulfil their potential in dignity and equality and in a healthy environment.”

Despite some signs of hope, it’s clear we need to do better – especially as we face complex challenges like conflict and climate change that directly impact the dignity and well-being of humankind.

In 2019, the global prevalence of extreme poverty is the lowest-ever recorded in human history, with less than eight percent of people living on less than $1.90 per day, a stark contrast to the 36% who lived in extreme poverty nearly 30 years ago. One recent bright spot is India, where significant progress means its extreme poverty rate will likely fall below three percent by the end of 2019.

But progress has been uneven and the disparities promise to widen going forward, making it increasingly difficult to achieve less than three percent extreme poverty by 2030. The speed of global progress has slowed as poverty becomes increasingly concentrated in a handful of countries in Africa, where today almost 75 percent of the world’s people in extreme poverty live. More than half of the extreme poor are children. According to current trajectories, 480 million people will still live in extreme poverty in 2030 and 233 million will be children.

Ending extreme poverty will require addressing the underlying complex issues of fragility, conflict, and displacement and the looming threat of climate change. 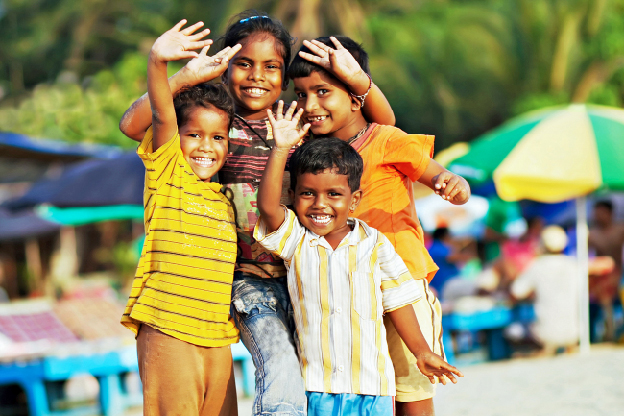 On other basic needs, such as nutrition, education, and access to water, sanitation, and electricity, inadequate recent progress means by 2030 hundreds of millions, and in some cases billions, of people will be left behind if we fail to change the trajectories. Around the world, hunger has increased for the third consecutive year in a row and the number of out-of-school primary-age children remains stuck at around 60 million for a 10th year in a row.

The world has made significant progress on many areas of health and well-being but will need focused effort to achieve Universal Health Coverage and reach the furthest behind. For example, while child deaths have been cut in half since 1990, the lives of 9 million children under age 5 are still at stake if countries fail to meet SDG 3 on good health by 2030, with Nigeria, Pakistan, and the Democratic Republic of Congo accounting for more than half of these lives.

At least half of the world’s population, 3.5 billion people, do not have access to essential health services due to financial constraints or lack of accessible facilities. Out-of-pocket spending on health care pushes 100 million people into extreme poverty each year. Addressing the barriers to universal health coverage produces benefits across the SDG agenda, including on poverty, education, decent work, and gender equality. In September, the UN will host a summit on Universal Health Coverage to push for greater action toward 2030.

“End poverty in all its forms everywhere.”

Extreme poverty has been cut by more than half since 1990. Still, around 1 in 10 people live on less than the target figure of international-$1.90 per day. A very low poverty threshold is justified by highlighting the need of those people who are worst off. SDG 1 is to end extreme poverty globally by 2030.

Goal 2 states that by 2030 we should end hunger and all forms of malnutrition. This would be accomplished by doubling agricultural productivity and incomes of small-scale food producers (especially women and indigenous peoples), by ensuring sustainable food production systems, and by progressively improving land and soil quality.

“Ensure healthy lives and promote well-being for all at all ages.”

Significant strides have been made in increasing life expectancy and reducing some of the common killers associated with child and maternal mortality. Goal 3 also aims to reduce maternal mortality to less than 70 deaths per 100,000 live births.

“Ensure inclusive and equitable quality education and promote lifelong learning opportunities for all.”

Major progress has been made in access to education, specifically at the primary school level, for both boys and girls. SDG Goal 4 targets for learning outcomes (target 1), early childhood education (target 2), and effective learning environments.

“Achieve gender equality and empower all women and girls.”

According to the UN, “gender equality is not only a fundamental human right, but a necessary foundation for a peaceful, prosperous and sustainable world.” Providing women and girls with equal access to education, health care, decent work, and representation in political and economic decision-making processes will nurture sustainable economies and benefit societies and humanity at large.

“Reduce income inequality within and among countries.”

Target 10.1 is to “sustain income growth of the bottom 40 per cent of the population at a rate higher than the national average”. This goal, known as ‘shared prosperity’, is complementing SDG 1, the eradication of extreme poverty, and it is relevant for all countries in the world.

Target 10.C is to reduce the transaction costs for migrant remittances to below 3 percent. The target of 3 percent was established as the cost that international migrant workers would pay to send money home (known as remittances). However, post offices and money transfer companies currently charge 6 percent of the amount remitted. Worse, commercial banks charge 11 percent. Prepaid cards and mobile money companies charge 2 to 4 percent, but those services were not widely available as of 2017 in typical “remittance corridors.”