Brought to you by

The World We Want 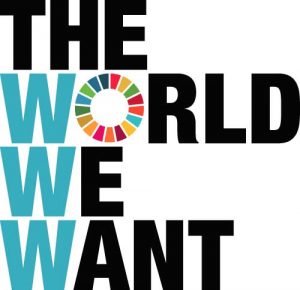 In 2000, world leaders promised to halve extreme poverty by 2015 with a global plan called the Millennium Development Goals (MDGs). Thanks to millions of people taking action and a massive global effort, we have already made real progress. The number of people living in poverty has fallen to less than half of its 1990 level. Over two billion people gained access to better drinking water. The share of slum dwellers living in cities fell, improving the lives of at least 100 million people.

Yet, 1.4 billion people still live in extreme poverty. Every 4 seconds, a child dies from preventable causes and over 900 million, particularly women and young people, suffer from chronic hunger. Meanwhile, our population is set to rise to 9.5 billion by 2050 and the food system is at breaking point.

Climate change threatens to destroy the lives of millions more and undo all the progress we have made so far. Inequality is growing everywhere and human rights are being undermined in the world’s most fragile and conflict affected countries while the world economy continues to falter.

Despite all of this, for the first time in history we do have the resources to end poverty and grow our world sustainably. It will take the work of all of us to make this happen and we must make our Governments listen and take action on the things that matter most to people everywhere!

The World We Want (WWW) will gather the priorities of people from every corner of the world and help build a collective vision that will be used directly by the United Nations and World Leaders to plan a new development agenda launching in 2015, one that is based on the aspirations of all citizens!

Join the global conversation. Share your voice. It all starts with you. What kind of World do you Want?